Climate Change - Is Birth Control the Answer? | The Message by Yan Vana

Climate change is happening because of man. The scientific evidence is undeniable and anyone but the most stubborn eristics would be hard fought to disagree.

The causes of climate change are almost entirely anthropogenic, the primary ones being the increased use of fossil fuels, deforestation, increasingly intensive agriculture and large-scale livestock farming, all of which are required to support a spiralling global population.

Over the last decade, governments and policy makers have finally begun taking some positive action to mitigate climate change. Many scientists, activists and the environmentally aware would argue, however, that the steps being taken are too little, too late. Many would also point out that all we are really doing (collectively as a species) is attempting to stick a small bandaid over a large open wound.

Wind farms, solar panels and the re-planting of trees may well ease consciences and satisfy the targets set in multilateral agreements, but these solutions really do nothing more than mitigate some of the damage that continues to be done. This illogical approach fails to address the underlying cause, a problem that most people do not wish to acknowledge or talk about: that there are simply too many of us on the planet.

The following illustration shows the direct correlation between population growth and CO2 emissions.

Experts that are prepared to address the sensitive issue of overpopulation claim that the world’s climate crisis calls for “non-emissions-based solutions” and, furthermore, that “contraception is an overlooked approach”.

Population Council experts claim that improved access to birth control could slow population growth and reduce global greenhouse gas emissions by as much as 40%.

It is estimated that approximately 44% of pregnancies around the world (currently around 60 million each year) are either unplanned or unwanted. This problem is particularly acute in developing countries where poverty, unemployment, lack of education and lack of (or zero) access to contraceptives are key contributors.

Making contraception and health education more universally accessible, in order to avoid unwanted pregnancies, seems to be an approach largely ignored when it comes to tackling climate change.

The traditional solutions currently being implemented (wind, solar, etc) largely focus on steadily reducing carbon emissions in order to slow the effects of global warming. Experts believe, however, that this doesn’t go far enough and that the urgency of the climate crisis demands other solutions.

The argument against the widespread availability of contraception and encouragement of its use, can really only be made on religious or moral grounds. The official view of the Catholic Church still, is that “birth control is a violation of natural law”.

But whilst the religious and moral arguments may be widespread and emotional ones, they must surely be balanced against the greater needs of the planet as a whole. If we are to tackle climate change effectively, and before it is too late, then human population growth must be slowed. And the uncomfortable and generally avoided topic of controlling population growth must finally be addressed publicly. 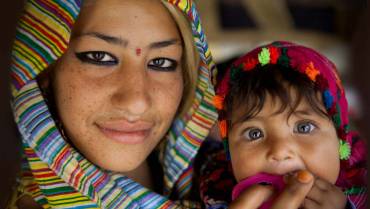