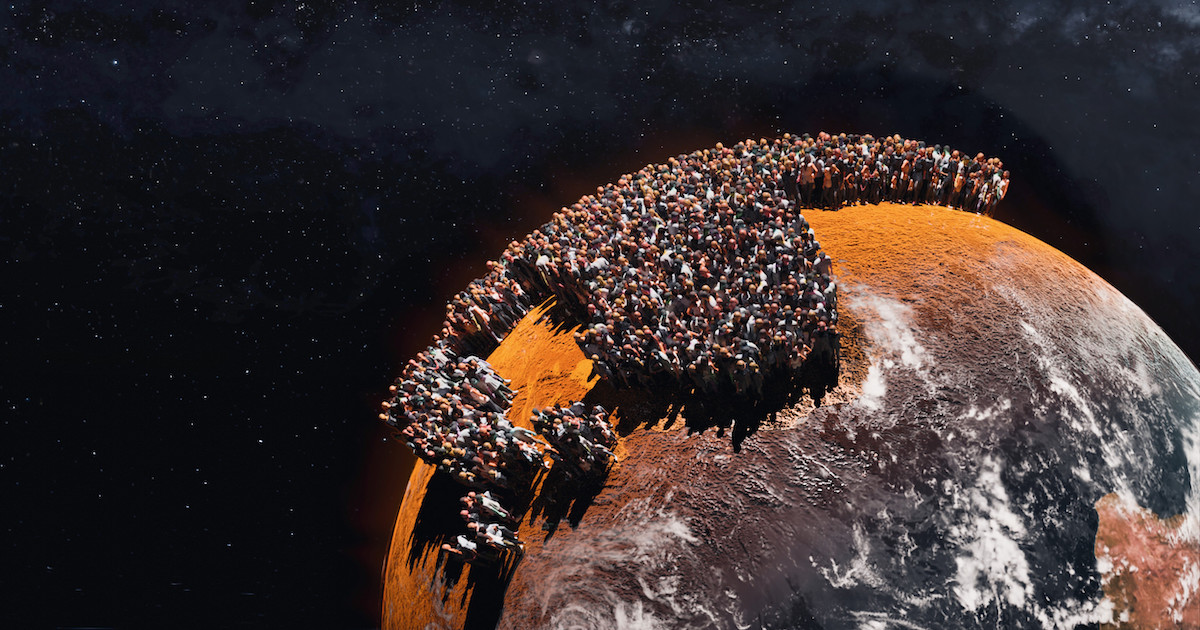 And the most staggering (and worrying) of all the trends related to human population growth, is the reduced timespan in which each additional billion people have emerged on the planet. It was a mere decade ago that we reached the 7 billion mark!

For long periods of history, it was unusual to find humans gathering in areas across the globe which we now think of as major cities. But it is true to say that humans have always moved around the earth in search of opportunities to secure a better life and increase their chances of survival.

Up to around 3000 BC, humans were still mostly located in Central America, the Mediterranean, the Middle East and parts of India, Japan and China. Unsurprisingly, scientific studies into the Neolithic Revolution (also referred to as the First Agricultural Revolution) reveal a wide scale transition in these areas, from a lifestyle of hunting and gathering to one of agriculture and settlement. It was this fundamental lifestyle change that made human population growth possible.

Studies show that at the time of the Second Agricultural Revolution, in seventeenth century Europe, the human population began to grow exponentially. As new farming techniques and industrial changes were discovered, it was possible to increase food supply at a faster rate and sustain more people. As these new agricultural and industrial developments spread around the world, human population growth began to occur everywhere.

As the year 1803 dawned, the global population reached one billion. Within 124 years it had reached a second billion. Thirty-three years after that, there were 3 billion people on the planet, with each subsequent billion arriving increasingly faster than the one before.

Although reports indicate that several regions are now seeing a decrease in fertility rates (Japan and China) leading to a possible global population slow-down, booms in other countries seem more likely to drive further overall population growth. The population of Saharan Africa is expected to double within the next thirty years and, according to a 2018 study, nine countries (India, Nigeria, Pakistan, the Democratic Republic of the Congo, Ethiopia, Tanzania, Indonesia, Egypt and the United States) will contribute to more than half of all projected global population growth by 2050.

“We are in a bottleneck of overpopulation and wasteful consumption… The raging monster upon the land is population growth. In its presence, sustainability is but a fragile theoretical concept.” E.O. Wilson, entomologist & conservationist

An anticipated increase in global life expectancy is also a contributing factor, rising from seventy-two years (currently) to seventy-seven years by 2050. Population data trends also report that human beings are living longer. By 2018, and for the first time ever, people aged over sixty-five outnumbered children aged under five.

Despite falling fertility rates in some parts of the world, it seems highly unlikely that human population growth is, as some would like to believe, ‘levelling out’. Many areas of the world are still seeing an increase in their local populace. Since 1973, the population of Europe has grown from 670 million to 748 million. Yet the population of Asia has doubled from two billion to four billion people in that same period.

The United Nations predicts that, based on all evidence, the world human population will most likely peak at almost 11 billion by 2100.

Despite the unwillingness of governments, policy makers and people in general to openly acknowledge that the planet is suffering from an overpopulation crisis, there are few that would disagree the earth’s resources are both finite and rapidly depleting. Today the planet has less to give than ever before. Fewer plants, less fish in the sea, poorer air quality, less access to fresh water. Add to that rising temperatures and more extreme weather events, and there are becoming increasingly fewer places on earth that can sustain human life long-term.

And so, as we pass the eight billion milestone, perhaps the most urgent question should be: “what can we do to prevent another 3 billion over the next 70 years?”

Man’s very survival may depend on the answer!

“Good News. World population growth is expected to stop by 2100 – at 11 billion. Bad News. That’s 3 billion more than there are today. Where are we going to put them?” Yan Vana – Author of The Message