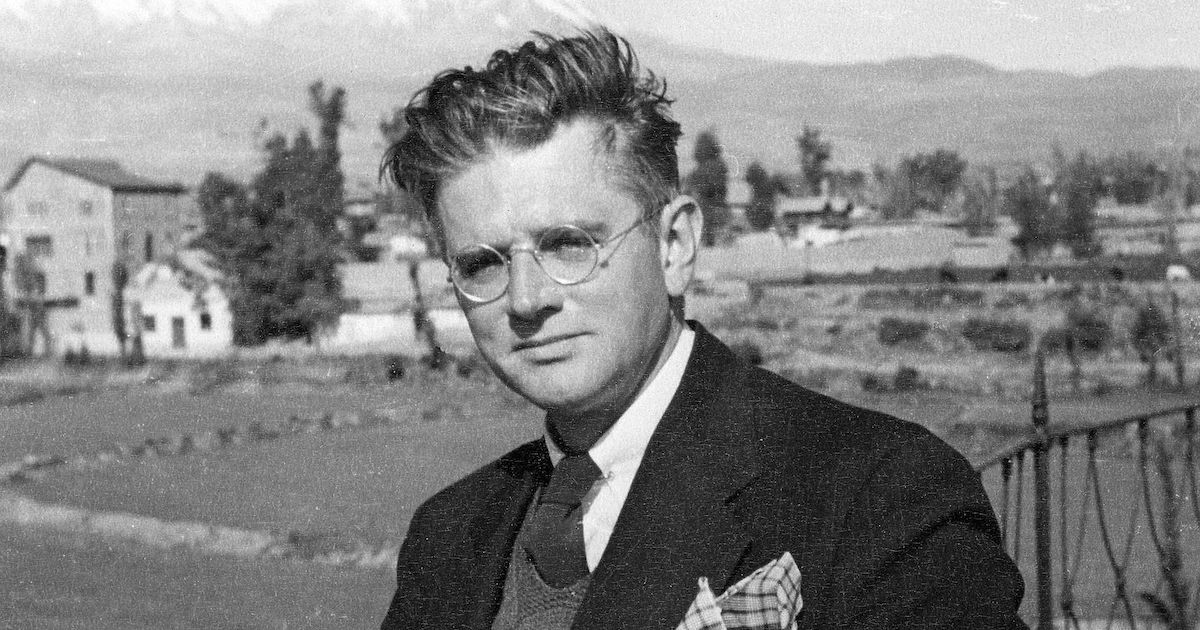 Reluctant though most people seem to be when it comes to acknowledging and openly discussing the topic of overpopulation, concerns over human population growth are far from recent.

For many, the first name that will come to mind is Thomas Malthus, who’s paper An Essay on the Principal of Population, published in 1798, argued that increases in human population would eventually diminish the ability of the world to feed itself. For others it will be Paul R. Ehrlich, whose book, The Population Bomb, published in 1968, went on to become one of the most influential of the 20th century.

But Malthus and Ehrlich were far from alone when it came to voicing (and publishing) concerns over unchecked population growth and the negative effects that overpopulation would inevitably have on the planet. Another notable exponent was William Vogt.

Ecologist and ornithologist William Vogt was born in New York in May 1902. As a young child, Vogt suffered from polio and, during his long confined recovery, became a voracious reader, falling in love with books about the natural world. He was particularly influenced by the books of naturalist and wildlife artist Ernest Thompson Seton, who sparked the young Vogt’s interest in ornithology.

After graduating with honours from St. Stephens (now Bard) College in New York and receiving his degree, Vogt spent two years working as assistant editor at the New York Academy of sciences.

Following his passion for ornithology, Vogt went on to work as curator of the Jones Beach State Bird Sanctuary from 1933 to 1935. From 1935 to 1939, as a field naturalist and lecturer at the National Association of Audobon Societies, he edited Bird Lore magazine, whilst contributing articles to numerous wildlife and environmental publications.

But William Vogt’s most recognised accomplishment was to make the world more aware of the imbalance in the relationship between a rapidly growing human population and its food supply.

“The more people we have on this planet, the greater the environmental problems.” Yan Vana

Vogt travelled to Chile in 1942, where he conducted a series of climatological studies, during which he became aware of the full extent of the depletion of natural resources and the consequences for the human population. His studies led him to became increasing concerned about the direct relationship between the environment and both human and bird populations.

In 1948, Vogt’s popularity rose significantly when he published Road To Survival, in which he examined in detail the imbalance between human population growth and food supplies.

On the subject of mankind’s over-consumption of natural resources, Vogt wrote that “… it is imperative that this world-wide dilemma be made known to all mankind. The human race is caught in a situation as concrete as a pair of shoes two sizes too small. We must understand that, and stop blaming economic systems, the weather, bad luck, or callous saints”.

Road To Survival is a summary of the ecological study of the world at the time. In it, Vogt documented the adverse effects of an expanding global human population on the environment, referencing and summarising documented reports of deforestation, gullying, overgrazing and soil erosion, as well as many other forms of environmental destruction that had arisen from the “… ignorance and greed of mankind”. Vogt argued that since food production could not keep pace with population growth, the only viable solution would be universal birth control.

“Drastic measures are inescapable. Above everything else, we must reorganize our thinking. If we are to escape the crash we must abandon all thought of living unto ourselves.” William Vogt

The book became a bestseller, and would go on to be translated into nine languages. Notably, it was also a major influence on the young Ehrlich, a key supporter of global population control.

Road To Survival was motivated by Vogt’s strong belief belief that unless humankind drastically reduced consumption and limited human population, it would lead, sooner or later, to a ravaged global ecosystems. He argued that affluence is not our greatest achievement but our biggest problem and that if we continued to take more than the Earth can give, “the unavoidable result will be devastation on a global scale”.

“If we ourselves do not govern our destiny, firmly and courageously, no one is going to do it for us. To regain ecological freedom for our civilization will be a heavy task. It will frequently require arduous and uncomfortable measures.” William Vogt

Soon after publishing Road to Survival, Vogt was appointed National Director of the Planned Parenthood Federation of America, an organisation wholly concerned with limiting population growth.

The sad irony is that, even in the 1940’s, William Vogt was able to clearly see, and raise awareness of, the negative impact that a rising human population would have on the earth and its limited resources, as was Ehrlich two decades later.

And yet over 70 years after the publication of Road To Survival, during which time human numbers have tripled, little or nothing has been done to actively address the critical issue of overpopulation. Controlling population growth may well remain an uncomfortable topic, but just how serious the consequences need to become before overpopulation is openly addressed, remains difficult to comprehend.