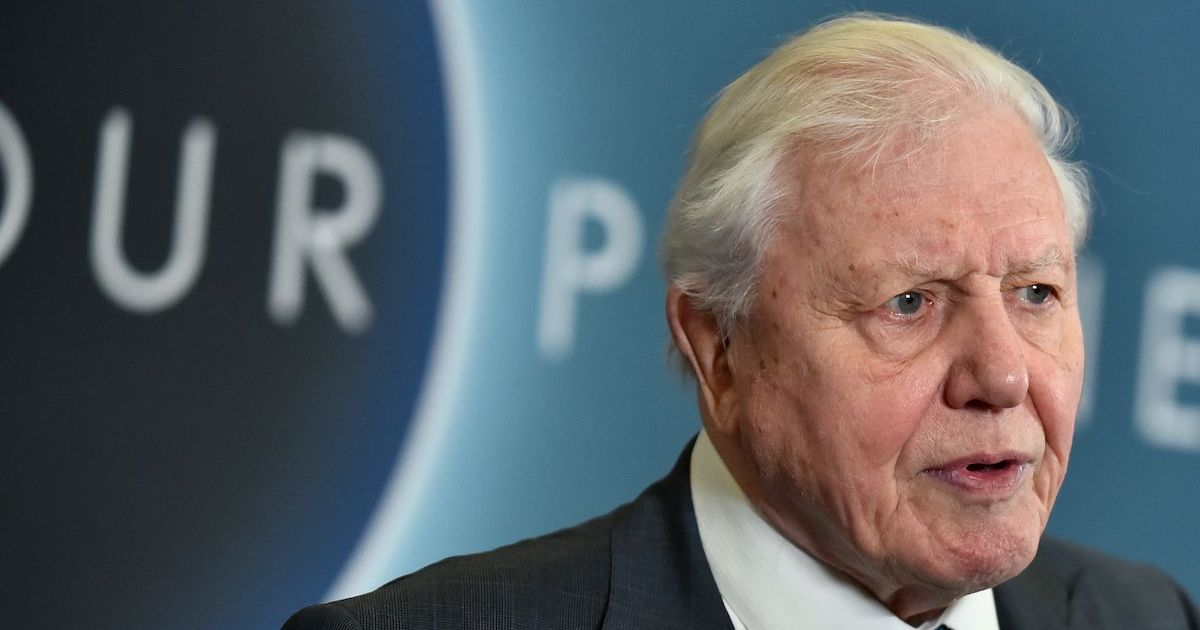 “All of our environmental problems become easier to solve with fewer people, and harder – and ultimately impossible – to solve with ever more people.”

Over the past 60 years, Sir David Attenborough has documented the evolution of our planet’s environment, habitat, ecosystem and wildlife, sharing many of his experiences through compulsive interviews and breath-taking television shows.

During this time, he has witnessed the accelerated destruction of many of earth’s species and habitats, as a direct result of human presence and activity. His 2020 film A Life On Our Planet highlights the damage done by human population growth and the actions that must be taken if earth is to remain habitable for future generations.

Although many of his documentaries illustrate the beauty and richness of the natural world, David Attenborough has, at times, been criticised for not voicing strongly enough how human behaviour such as deforestation, urbanisation and fossil fuel extraction has impacted negatively on the environment.

Offscreen, however, Attenborough doesn’t hold back on his thoughts regarding the impact of human population growth. He claims that: “As I see it, humanity needs to reduce its impact on the Earth urgently and there are three ways to achieve this: we can stop consuming so many resources, we can change our technology and we can reduce the growth of our population.”

The broadcaster and naturalist has even gone as far as stating that human beings are “a plague on Earth” and that at the rate we are growing, we will soon be unable to feed or house ourselves: “It’s not just climate change; it’s sheer space, places to grow food for this enormous horde.”

The narrative of A Life On Our Planet suggests that we focus on limiting population growth, promote renewable energy, eat less meat and look after our oceans. Attenborough also suggests that we should also be investing in education, women’s rights and raising standards of living.

“Why wouldn’t we want to do these things? Giving people a greater opportunity of life is what we want to do anyway. The trick is to raise the standard of living around the world, without increasing our impact on that world.”

According to the UN, around 83 million babies are currently born each year. In addition, advances in modern medicine, healthcare and nutrition mean that people are, on average, living longer than ever before. David Attenborough once said that the creature he finds “most extraordinary” is a nine-month-old human baby. But he now firmly believes that our planet is unable to cope with too many more.

The current human population of planet earth stands at close to 7.9 billion and, according to the UN, is predicted to reach 9.8 billion by 2050. The most populous countries are China and India, with 1.4 billion and 1.3 billion people respectively, while Nigeria is growing the fastest.

The number of people aged 60 and over is also predicted to double by 2050, from 962 million to 2.1 billion globally. 95 year old Attenborough comments that: “One of the reasons population has increased as fast as it has, is that people like me are living longer than we did, so there are more and more people just because the expectancy of life has increased.”

Such rapid population growth has already lead to a devastating loss of natural habitats and resources, as well as a reduction in the quality of life in poorer areas, where healthcare and infrastructure are limited. Our current environmental challenges are complex and many believe that what is really needed is open discussion about the impact of human overpopulation.

He has seen first hand the damage done to our planet’s resources through overpopulation, but understands that reproduction remains part of what it means to be human. During his long career, he has seen high levels of environmental destruction and cites rivers in Borneo as an example: “The changes are all destruction. Borneo for example, you travel down the rivers that I travelled down 50 years ago and you think it’s going to be the same. It looks the same until you walk 20 yards down the river and there’s one species of plant and virtually nothing else, hardly any animals, hardly any birds. Of course you say to yourself ‘how terrible’ but why is it? And you say to yourself, ‘well, the reason for it is the world population has increased fantastically over the last 20-30 years’ “.

But just talking about population growth isn’t enough. Empowering women through their reproductive rights, as well as improving access to birth control and education, will certainly help to equip people with the information that they need to make considered choices about raising the next generation.

And although it may be an uncomfortable truth, many climate campaigners agree strongly with Sir David Attenborough, that the best way to reduce our carbon footprint is by having fewer children. In fact some millennials and ‘Generation Zs’ are beginning to make the conscious decision to have smaller families or, in some cases, to not have children at all.

Inevitably, the actions of the few are unlikely to be enough. Ultimately, achieving sustainable global population levels, and thereby ensuring the future survival of our planet, should be a moral obligation felt by everyone. And its success could depend entirely on overpopulation becoming a mainstream topic. A topic that society, as a whole, is no longer afraid to talk about and discuss solutions for.

“I’ve had the most extraordinary life; it is only now that I appreciate how extraordinary. The living world is a unique and spectacular marvel, yet the way we humans live on earth is sending it into a decline. Human beings have overrun the world. We’re replacing the wild with the tame.”

Tags: a life on our planet, david attenborough, human overpopulation