Prince William Warns Of Overpopulation | The Message by Yan Vana 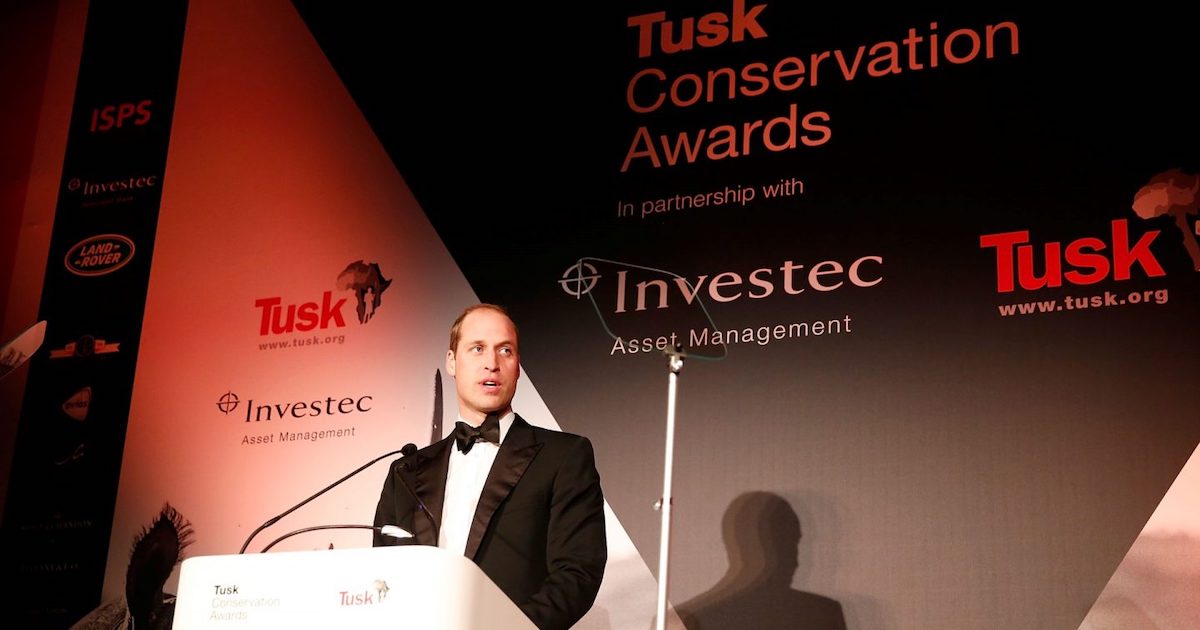 The Queen’s grandson, Prince William, recently joined the overpopulation discussion by publicly stating that human overpopulation is having a “catastrophic effect” on the natural world.

Speaking at a 2021 event held by the African wildlife charity Tusk Trust, of which he is a patron, Prince William, Duke of Cambridge and second in line to the British throne, said there was “no question” that overpopulation had “put wildlife and habitat under enormous pressure”. His comments echoed those that he made at a similar event in 2017.

The Duke went on to say that: “In my lifetime, we have seen global wildlife populations decline by over half. Africa’s rapidly growing human population is predicted to more than double by 2050 – a staggering increase of three and a half million people per month. There is no question that this increase puts wildlife and habitat under enormous pressure. Urbanisation, infrastructure development, cultivation – all good things in themselves, but they will have a terrible impact unless we begin to plan and to take measures now. On human populations alone, over-grazing and poor water supplies could have a catastrophic effect unless we start to think about how to mitigate these challenges. We are going to have to work much harder, and think much deeper, if we are to ensure that human beings and the other species of animal with which we share this planet can continue to co-exist.”

Prince William’s grandfather, the late Duke of Edinburgh, was of a similar opinion, once referring to human overpopulation by remarking that there were “just too many people to feed”. Prince Philip also advocated “voluntary family limitation” to help tackle the issue of human population growth.

Scientists have predicted that the human population of Africa is likely to reach 2.5 billion by 2050, which has led to some agreeing with Prince William that the natural environment is at a tipping point.

Robin Maynard, Director of Population Matters, claimed that: “The Prince rightly draws attention to human population as a key driver of wildlife loss globally but there’s a wider context, with high consumption in rich, developed countries like the UK also driving habitat destruction as forests are cleared for crops to feed UK and European livestock.”

Others have pointed out that Africa’s current human population levels are lower than Europe and Asia, also that the Duke and Duchess of Cambridge themselves have three children. The Having Kids organisation, which promotes smaller families, told the royal couple to “lead by example” and stop after two children for environmental reasons.

Anne Green, Director of Having Kids, said: “William and Kate have a tremendous opportunity to model their choice of having a smaller family. By doing so, they set an example as to what has the most potential for mitigating climate change and its impacts, including severe flooding, deadlier heat waves, increase in diseases, and wildlife extinctions.”

Other critics have commented that Prince William’s comments are stigmatising women’s rights in Africa. Writer Eliza Anyangwe commented: “It should be obvious to all that panic about population growth in black and brown parts of the world is underpinned by race and class prejudice. It should be equally obvious that what every woman needs is the freedom to choose for herself if, when and how many children she will have.”

Where there is a reduction in suitable and available land space, human populations are far more likely to live closer together. As infrastructures become overwhelmed by continued population growth, people will migrate to other areas to improve their standard of living and gain more space in which to live and work. However, where there is native wildlife living alongside humans, population growth and an increase in economic migration frequently results in damage to natural habitat, species conflict and, in many cases, species extinction.

But irrespective of regional variations in population density, the issue of human overpopulation is a global problem and one that requires a global solution, which is why Prince William’s recent comments about overpopulation have been welcomed by many. And as the need to openly discuss this issue grows ever more urgent, it is hoped that many more high profile figures will join the Duke of Cambridge in identifying human population growth as one of the most important challenges of our time.

“If we really think we are superior to all the other occupants of this planet, shouldn’t we start acting like it.” Yan Vana