Overpopulation And Waste Generation | The Message by Yan Vana 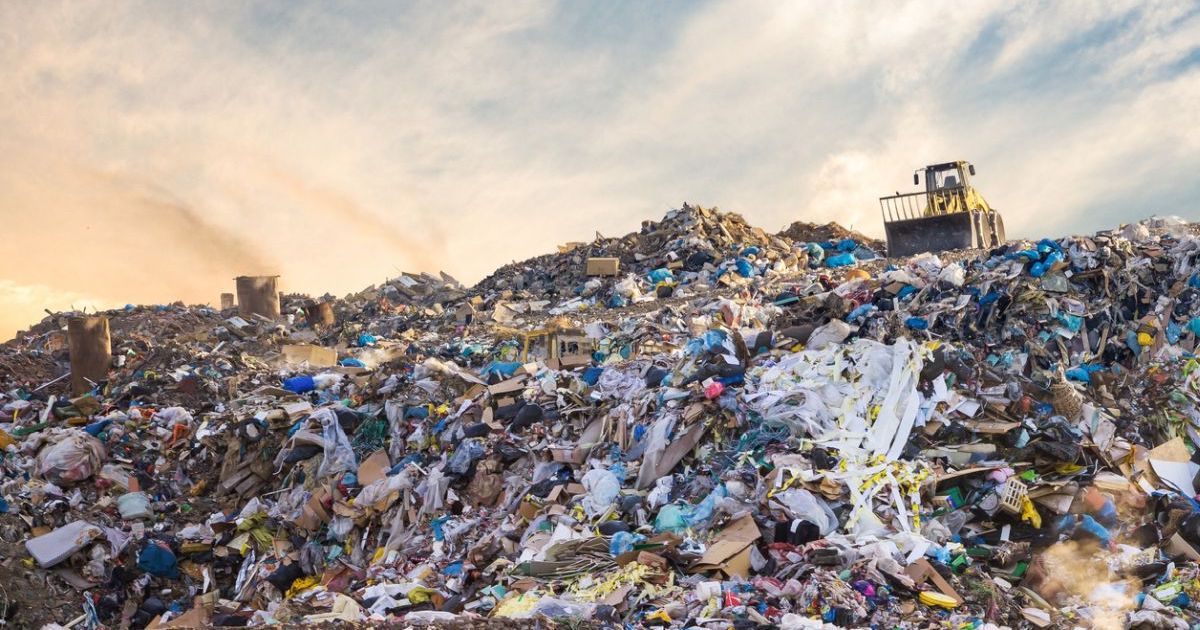 There is almost no part of our planet where the negative effects of human overpopulation are not felt. And of all those effects, one of the most keenly felt is waste.

Across land, throughout the oceans and blown by the winds, human generated waste is all around us. And it is building up at an unsustainable and ever-increasing rate.

Mankind currently produces 2 billion tonnes of waste per year. And according to a 2018 report by The World Bank, if current industrialisation and urbanisation trends continue, that figure will increase by 70% by the year 2050.

Human generated waste is more than just an unsightly inconvenience; it presents a major problem on multiple levels.

The human and environmental cost

As waste decomposes, it gives off methane, a toxic greenhouse gas. These gas emissions contribute to climate change which is already responsible for extreme weather events such as excessive rainfall (leading to flooding), destructive winds, heatwaves (resulting in wildfires) and unprecedented sea level rises. 2021 has already proved to be a year of record weather and temperature events, which have had a devastating effect on human lives, as well as the natural environment.

Dealing with it is extremely expensive. The annual cost of global solid waste management currently stands at $205.4 billion, a figure which is set to rise to around $375.5 billion by 2025. This is already proving to be an impossible challenge for many Low and Middle Income Countries (LMICs) which are forced to prioritise healthcare, infrastructure and, in many cases, the cost of internal or cross-border conflicts.

As the human population continues to rise and urban environments become more crowded, increasingly more people are forced to migrate to other areas in search of work and improved living standards. With less and less uninhabited space, traditional waste management practices (primarily the use of landfill sites) are becoming less viable.

Many wealthier governments, including the UK, USA, Japan, Canada and Australia, already adopt the practice of making waste ‘someone else’s problem’ by shipping it to poorer countries around the world. Apart from it being cheaper than managing refuse domestically, this strategy of exporting it is also known to be used by countries in order to hit their own waste reduction and recycling targets.

Overflowing landfill sites continues to force many countries to resort to burning their solid waste. This dangerous practice has huge ramifications for the environment, releasing huge quantities of carbon into the atmosphere, as well as toxic chemicals that have a significantly detrimental effect on air quality.

“Water and air, the two essential fluids on which all life depends, have become global garbage cans.”Jacques Consteau

If refuse is left uncollected or untreated, as it is in many LIMCs or countries with limited infrastructure, it can create breeding grounds for potentially life-threatening diseases such as Dengue fever, Cholera and Diarrhoea, which can spread rapidly through communities.

While many people around the world work within the waste management sector, a large proportion of these operate in countries with substandard hygiene, poor health and safety procedures, as well as limited access to protective equipment. Conditions are often so bad that they lead to poor health and low life expectancy for the workers and, often, their families.

Why are waste levels increasing so rapidly?

In the 20th century, waste production increased ten-fold due to urbanisation, industrialisation and a rising human population. As towns and cities grew in order to accommodate growing populations, so too did the levels of residential and industrial waste produced.

Human population growth, the rapid development of new technology, ever changing fashion trends and the desire throughout developed countries to enjoy a continually improving standard of living, all continue to contribute to further industrialisation and greater levels of human generated waste.

Mankind’s propensity for overconsumption, driven by consumerism through advertising, means that the timeframe between acquisition and disposal has never been shorter. Simply put, most humans embrace the ‘throw away society’. The result of this voracious demand for the ‘new and improved’ is that global manufacturing outputs continue to rise, inflating an industry that is already the world’s biggest producer of CO2.

Furthermore, the design of many consumer goods is driven by ‘planned obsolescence’. With repairs either impossible or expensive, consumers are forced to replace old with new, often after very short lifespans.

“All environmental problems – whether it be global warming or air, water, plastic, chemical or nuclear pollution – are down to human overpopulation.” Yan Vana

What can be done to address human generated waste?

The World Bank finances and advises on global solid waste management projects. In 2019 it published a range of objectives intended to act as drivers for these projects and investments. These include:

Health and Safety: Improve public health by reducing the burning of waste and the spread of pests and diseases.

The simple fact is that the level of human generated waste across our planet has already reached unmanageable levels, with waste production continuing to grow year on year. And when it comes to addressing waste, whilst The World Bank, governments and policy makers around the world are all driven by good intentions, they are, as with most environmental issues, focused on mitigation rather than solution.

Waste is a man-made problem and the size of that problem is linked entirely to the number of humans on our planet. And until the issue of overpopulation is itself acknowledged and addressed, then the effects of human generated waste will be felt ever more acutely.