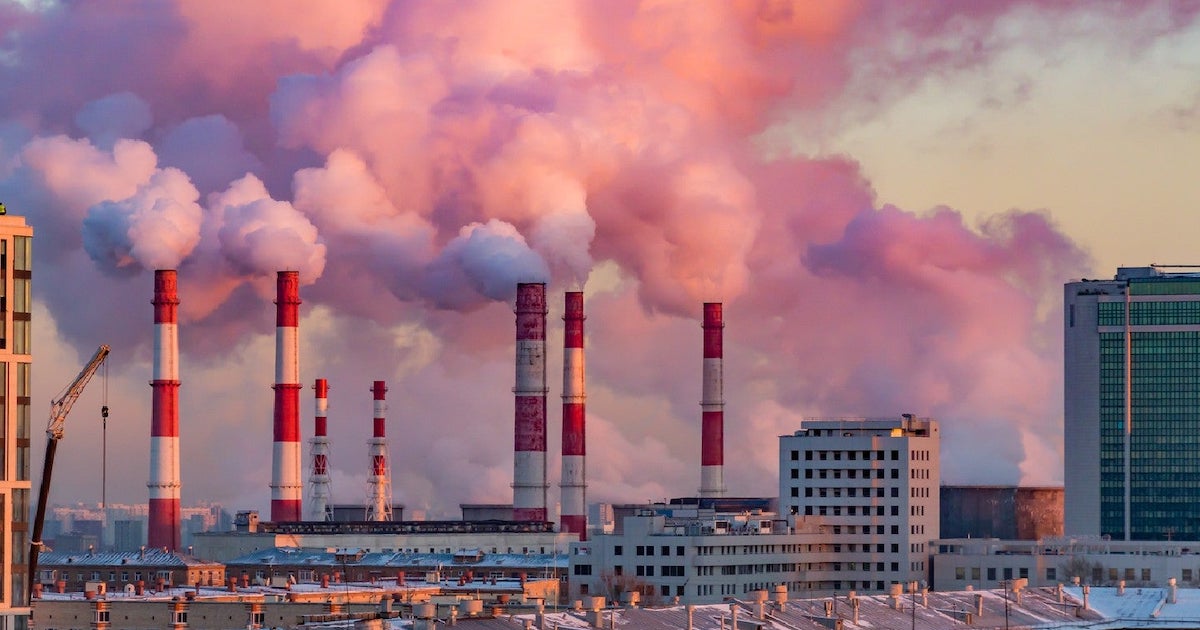 Carbon dioxide (CO2) is an essential element of life on planet earth. A harmless and odourless gas in small quantities, once released into the atmosphere, it becomes what we refer to as a greenhouse gas.

Too much CO2 in the atmosphere can disrupt the planet’s natural temperatures, leading to what has been termed global warming, but more accurately referred to as climate change. Climate change essentially describes a change in average climatic conditions, such as temperature and weather patterns, over a long period of time. Droughts, violent storms, heatwaves, rising sea levels and glacial melts are just a few of the increasingly frequent events caused by climate change.

Why have CO2 levels increased?

Up until the latter part the 18th century, levels of CO2 emissions were maintained and controlled by the planet’s forests, wetlands and other ecosystems. But then, towards the end of the 18th century, the balance began to shift as mankind embarked on the first industrial revolution.

Coal, railroads and land clearing all began to speed up the release of greenhouse gasses, whilst improved agriculture, sanitation and medicines allowed human population growth to gather speed.

“The pace of global warming is accelerating and the scale of the impact is devastating. The time for action is limited – we are approaching a tipping point beyond which the opportunity to reverse the damage of CO2 emissions will disappear.” Eliot Spitzer

Which countries produce the most CO2?

According to data from the Global Carbon Project, the following are the top five CO2 producing countries.

China is the world’s largest emitter of CO2, primarily caused by its reliance on coal-fired power for manufacturing, agriculture, mining and construction.

Home to the largest human population on earth, China’s rapid urbanisation program has resulted in a significantly adverse environmental effect on the country. The most notable of these are water scarcity, water contamination and air pollution.

The United States has long been recognised as one of the most industrialised nations on earth. Today, the bulk of the US’s CO2 emissions are still attributed to the burning of fossil fuels used for transport, heat and energy.

Currently, its most pressing environmental challenges are deforestation, air pollution, water pollution and the depletion of natural resources.

India’s most prevalent environmental issues include extreme weather events, flooding, and droughts. Additionally, in the north of the country, temperature rises have resulted in unprecedented glacier melts in the Himalayan region.

Despite a modest population proportional to its vast land mass, Russia is highly industrialised. Its main causes of CO2 emissions are the burning of fossil fuels for energy and transport, and also agriculture and waste.

The most significant environmental effects currently felt by Russia include extreme weather and temperature events, and melting permafrost.

Approximately 65% of Russia’s huge land mass is covered by permafrost, which has kept carbon trapped in its frozen soil for thousands of years. As global temperatures continue to rise, melting permafrost allows carbon-based greenhouse gasses to be released into the atmosphere from previously frozen soil, an occurrence that scientists believe will further accelerate climate change.

Since the Fukushima nuclear accident in 2011, public support for nuclear energy in Japan has plummeted, resulting in a resurgence in fossil fuel energy. The burning of fossil fuels for energy and manufacturing is now the primary cause of CO2 emissions in the country.

Japan’s most concerning environmental problems are currently waste and pollution. Included in this is the ongoing and long-term problem of nuclear waste, largely resulting from the Fukushima incident.

Is there a solution?

In 2021, more than 190 countries signed the Paris Agreement, which is designed to limit global warming to 1.5 degrees Celsius by 2025. It states that, collectively, countries will need to remove a billion tonnes of CO2 from the atmosphere by 2025 to meet the target and more than one billion tonnes annually thereafter. This requires every country to cut its global emissions by 7.6% every year for the next decade.

“Isn’t it time we accepted that it’s not CO2 emissions that are the problem. It’s us!” Yan Vana

But whilst important, many believe that this merely focuses on mitigating the damage, rather than addressing the root cause.

It is clear that CO2 emissions are unlikely to be significantly reduced while human population growth and urbanisation remain unchecked. Every additional human being on our planet consumes more natural resources, produces further waste, requires more food and energy, and demands more access to transport and technology. And in turn, population growth adds further pressure on the earth’s natural ability to absorb emissions and regulate temperatures.

Human overpopulation has never been a comfortable or politically acceptable topic. But for global CO2 emissions to be reduced to safe levels, it is a topic that should perhaps be discussed openly, sooner rather than later.